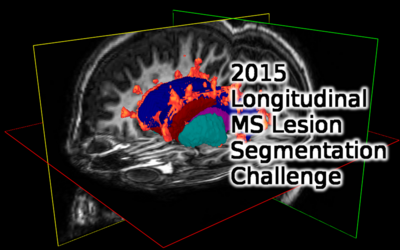 Information about the data is available here, and the evaluation software from here.

This challenge was supported in part by a grant from the National Institute of Neurological Disorders and Stroke (NINDS R01 NS070906). Funding for prizes was provided by the National Multiple Sclerosis Society.