Regions of interest were manually delineated using Display software by two raters who were blinded to the diagnosis of participants. Inter-rater reliability of the volumetric measurements was determined by having each rater analyze four subjects for determination of intraclass correlation coefficients. Regions of interest were visually identified based on Schmahmann’s cerebellar atlas. The total cerebellar volume was defined to include the cerebellar cortex, arbor vitae corpus medullare, and deep cerebellar nuclei. In the presence of cerebellar atrophy, the volumetric measurements excluded the cerebrospinal fluid space between the lobules of the cerebellum. 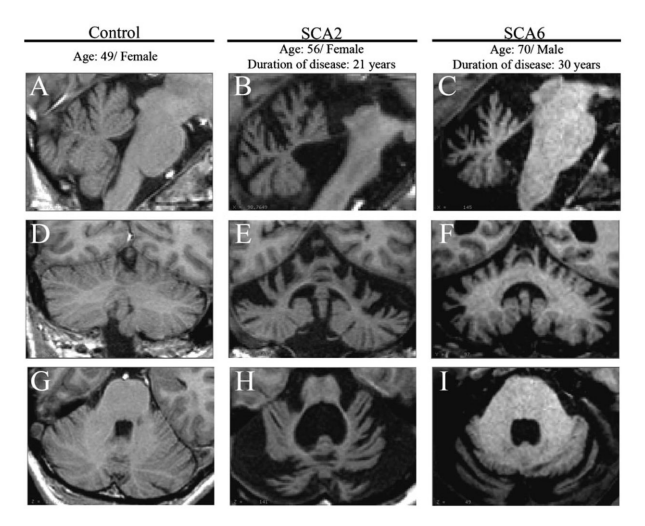 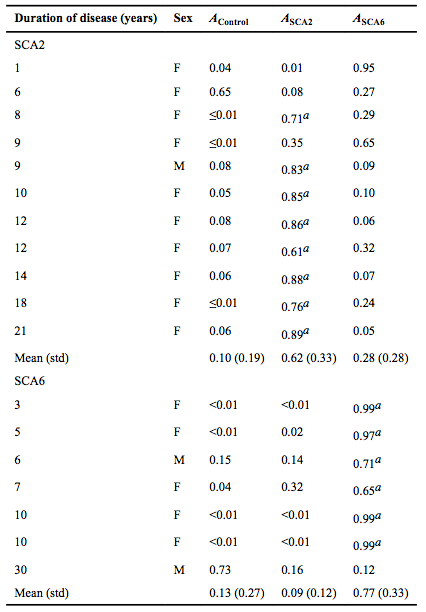