Volumetric measurements obtained from image parcellation have been instrumental in uncovering structure-function relationships. However, anatomical study of the cerebellum is a challenging task. Because of its complex structure, expert human raters have been necessary for reliable and accurate segmentation and parcellation. Such delineations are time-consuming and prohibitively expensive for large studies. Therefore, we present a three-part cerebellar parcellation system that utilizes multiple inexpert human raters that can efficiently and expediently produce results nearly on par with those of experts. This system includes a hierarchical delineation protocol, a rapid verification and evaluation process, and statistical fusion of the inexpert rater parcellations. The quality of the raters' and fused parcellations was established by examining their Dice similarity coefficient, region of interest (ROI) volumes, and the intraclass correlation coefficient of region volume. The intra-rater ICC was found to be 0.93 at the finest level of parcellation.

The IACL Cerebellar Delineation Protocol can be found online, and includes:

Each step includes careful descriptions and screenshots of demonstrative examples.

Fig. 1 Posterior (left) and anterior (right) views of the cerebellum.

The cerebellum is a phylogenetically ancient structure connecting directly or indirectly to all elements of voluntary, postural, and ocular motor systems. It plays a central role in sensory input and voluntary motor action including limb movement, speech, and eye movement. It is located behind the brainstem and below the cerebrum (see Fig. 1). Diseases involving the cerebellum can produce symptoms such as gait and stance irregularities, tremor, eye movement problems, slurred speech, language and memory difficulties, and even personality changes. Atrophy of the cerebellum is a hallmark of many diseases that involve the cerebellum, and regional atrophy within the cerebellum is also observed. Since the cerebellum has a regular and hierarchical organization (see Fig. 2), determination of regional atrophy involving its specific lobes and lobules can be strongly indicative of specific functional deficits. The objective of this work is to define a standard manual procedure to reliably and reproducibly delineate the cerebellar lobes and lobules from MR images. This procedure can be used directly in scientific studies of cerebellar structure and function or in clinical cases. It can also be used as the basis for automatic procedures for cerebellar parcellation. 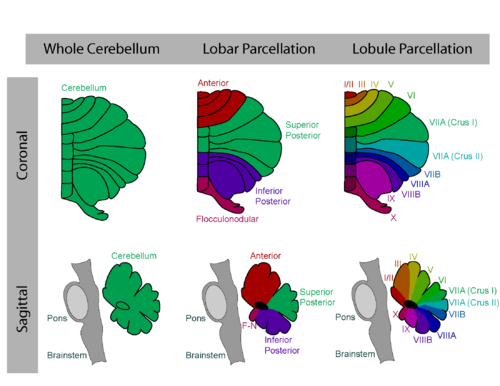 Fig. 2 Posterior (left) and anterior (right) views of the cerebellum.